“How old would you be if you didn’t know how old you was?” – Satchel Paige

I decided to start the New Year by trying to develop the best body I can.  My first step as always is research. So what is the best body I can have?  As a sixty-something year old, I wanted to first see what is possible so that I could establish my goal.  Well of course, going to the Internet you can see the best of everything. While looking for the best physical shape I could be in, I found a 79-year-old woman who is in the Guinness Book of World Records as the oldest competitive bodybuilder.  She bench presses 150 pounds.  There is a 93-year-old woman who is still teaching yoga who performs poses that I never even dreamed of doing as a 20-something year old.  She also is going to competitively dance the tango this year with a partner who is 69 years her junior.  At 100, there is a woman who is still practicing Pilates daily.  Clearly when it comes to fitness you can still accomplish anything you want no matter what your age.  I will cover the benefits of different exercises in a future article. 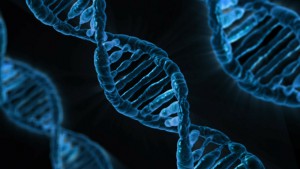 So the next question is how healthy can I expect my internal organs to be. How young can I be biologically. This is actually a much harder question to address by superficially scanning the Internet. How do you actually determine biological aging and how much does it matter? Determining your telomere length seems to be at least one of the answers. Telomeres are often compared to the plastic tips on shoelaces.  They are simple repeating DNA sequences on the ends of chromosomes that in layman’s terms prevent the chromosomes from unraveling.

A Bit of History – In the 1960s Hayflick demonstrated that cultured cells could only survive a limited number of cell divisions and suggested that this finite cellular lifespan might explain why physiologic function breaks down as organisms age. In the early 1970s a Russian theorist recognized that chromosomes could not completely replicate their ends. He suggested that because DNA sequences are lost every time a cell replicates that ultimately the loss of DNA would reach a critical level and cell division would end, which would lead to senescence (cell deterioration)  and death.

In the mid-70s, Elizabeth Blackburn working as a postdoctoral fellow at Yale University discovered  the unusual nature of telomeres.  In the mid 80s, she was part of the team that demonstrated enzymatic activity that was capable of extending telomeric sequences and by the late 80s the activity had become known as telomerase.

Much of the work in the 90s until today has focused on telomeres, telomerase, cancer and cancer therapy.  However, work has begun on the relationship of telomeres, telomerase and aging.  For those of you interested in the details scientist now understand about the relationship and aging I highly recommend you read Aubert’s and Lansdorp’s 2008 paper published in Physiological Reviews.

The question is – what does all this information about telomeres and telomerase mean to me and how does it help me move into the new year towards my best body ever? In 2011 Masood A Shammas published a review called Telomeres, Lifestyle, Cancer and Aging. Even as early as 2011 it was clear that lifestyle factors affect the health and lifespan of an individual by affecting telomere length it was known that telomere length shortens with age and that progressive shortening of telomeres leads to cell senescence and ultimately death or can lead to cancer.  The rate of telomere shortening can be increased or decreased by specific lifestyle factors and better choices can help reduce telomere shortening.  Smoking, obesity, lack of exercise and consumption of an unhealthy diet increase the pace of telomere shortening. Exposure to pollution and increased levels of stress have also been shown to accelerate telomere shortening.  Accelerating shortening is associated with many age associated health problems including heart disease, heart failure, diabetes, increased cancer risk and osteoporosis. 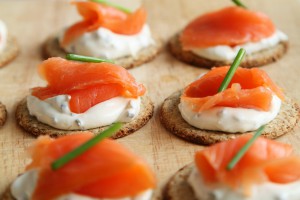 Increasing fiber and decreasing polyunsaturated fatty acids, especially linoleic acid seems to slow the shortening of telomeres, as does having a diet containing antioxidant omega-3 fatty acids. Diets rich in other antioxidants such as vitamin E, C and beta-carotene were associated with longer telomeres. Caloric restriction has also been shown to have a positive impact on slowing the shortening of telomeres.

TA-65 – In 2011, Geron Corporation received a patent on certain compounds (the major compound being cycloastragenol) that have been shown to upregulate telomerase expression in cells.  Geron granted an exclusive license to TA Sciences to sell TA-65 as a nutritional supplement. The active ingredient of TA-65 was isolated from Astragalus membranaceus. This supplement can be purchased on Amazon but is incredibly expensive.  In addition, several of the scientists that have been involved in telomerase are skeptical that the compound actually lengthens telomeres. The study that claims to demonstrate activation of telomerase was a cell culture study and not an actual clinical trial.  To date there have been no studies that demonstrate increased health or life span other than those sponsored by the manufacturers.  In addition, there has been one law suit that use of TA-65 resulted in prostate cancer.

My Chosen Routine – What I have learned from all this research is there are many nutrients that I am going to incorporate into my daily routine.

Other nutritional supplements that you may want to consider are Vitamin K and zinc.  Because my husband has a blood clotting disorder, we do not take Vitamin K although I am considering adding it to my own regimen because of its impact on bone density.  Because of the complex interactions between zinc and copper bioavailability, I stick to my multivitamin.

There is a great review article on Diet, nutrition and telomere length I highly recommend if you would like to delve into the scientific data more completely.  Other lifestyle strategies I am going to incorporate this year to have my best body yet are exercise (to be discussed in a later article), meditation (also to be discussed in a later article) and intermittent fasting.

To your best body yet.