The ideal place for me is the one in which it is most natural to live as a foreigner. –Italo Calvino 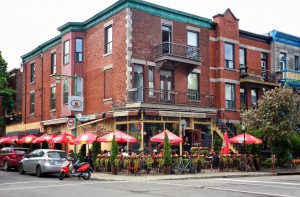 I have been taking the magazine International Living for about 5 years now.  My husband and I are considering whether we want to venture away from our secure but expensive lifestyle here in the United States to an exotic location where we can “live like kings” when we retire.

The problem we run into when we discuss where we want to be is determining the criteria that are important to us.  Safety is very important to us but how exactly do you define the safest places to retire overseas?  Is it based on crime rate, and if so, is it crimes against persons or crimes against property that matter? Is it based on the stability of the government?  Do you base safety on the country’s relationship with your home country – for us the United States?  The other question is – safe compared to what.  There are currently some places not too far away that I would not consider safe. The point that I am trying to make is that “safe” is very personal, as is “best”, “cheap”, “affordable”, “good”, “happy”, “top” and on and on.

So what really matters when you are looking for a place to retire?  My gut tells me that it is a place where you feel like you are home.  I am sure that is very different for each of us.  For example, I know that I do not want to live on an island.  Islands seem too confining to me – unless of course you consider Australia an island.  I have friends who live on islands and I love visiting them, but I grew up in a small town and the idea of living on an island seems much like that small town environment.  Islands also do not seem “safe” to me.  The only way you can leave is by plane or boat.  I want to be able to walk away if I need to.  While I would like it best if I could live in a place where English was the first language, I would probably be fine if much of the population spoke some English and there was a good sized expatriate community.  I don’t want snow nor do I want it too hot.  Somewhere in the goldilocks zone would be fine with me. I do want to be in a place that has good health care.

Right now, tops on our list is Panama.  It is accessible, has the best infrastructure of Central America, has great health care and has mountains, where you can choose to live at 75 degrees F full time if you like. Ecuador is probably the most affordable place to live in the Americas but it is not as accessible as other countries and is very, very poor. Nicaragua is affordable, nearby and accessible, however it has poor infrastructure.  Uruguay is stable, peaceful, relaxed and removed from the troubles of the world right now, however it is far away. Medellin, Colombia may be the place you want to be.  It is pleasant, a pretty city and genteel. However there are drawbacks for non-residents. Things as simple as opening a bank account can be complicated. 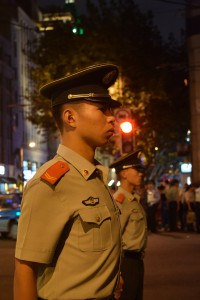 It is good to remember that with the strength of the dollar right now there are many places worldwide that have a reasonable cost of living.  There are a few places in France as well as Spain and Portugal that would meet all the needs of an expat wanting to live a comfortable lifestyle on less than $2500 per month.  Vietnam, Thailand and the Pacific islands, particularly the Philippines, also offer a very comfortable, affordable lifestyle.

I am actually thinking that what I would really like to do is take the first year or two of retirement and travel to everyplace that we might want to settle down.  We have friends that did that within the U.S.  They purchased a used RV and traveled throughout the western U.S. until they decided to settle off the coast of Washington State.

So back to reality and the question at hand.  What is the crime rate of these locations and how is it trending. I will take a closer look at Panama because it is on the top of our list and for comparison purposes, contrast it with Portugal.  I highly recommend you go the United States Department of State Overseas Security Advisory Council (OSAC)  website before you travel abroad.  Our State Department provides a plethora of information for free.

Crime and Safety in Panama 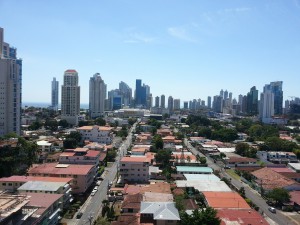 The overall crime rating for Panama is high according to the Overseas Security Advisory Council (OSAC).  You can download the full 2015 report here. Panama does remain relatively safe when compared to other Central American countries although crime rates are higher than would be found in much of the U.S.  Murder and theft lead the statistics. The Regional Security Office has identified areas within Panama City and the rest of the country that have the potential to be more dangerous.  The Mosquito Coast (Caribbean side) and the Darien Region (Colombian border) are off limits to all embassy personnel.  Both these areas are rural and have limited police presence.  They are commonly used by smugglers and gangs moving illegal drugs.

Panama’s roads and traffic are generally safe but driving in Panama City is often difficult.  You should drive with your doors locked and windows up.  Park only in well-lit areas, preferably with lots of security guards.  If driving outside Panama City you should have full fuel tanks, extra potable water and food   and ensure cell phones are charged.  If using a taxi, make sure your taxi is registered. Public transportation should be used with caution, and the new transit system has not yet been evaluated.

Columbian terrorist groups, drug traffickers and other criminals are common around the Panama-Columbia border.  Protests as related to civil unrest are relatively common.  Demonstrations often focus on internal Panamanian issues and rarely have manifestations of anti-American sentiment. There was a dispute between the government and an indigenous group over mining and water rights in 2012 but most indigenous protests are non-violent.

Panama does have earthquakes but the seismic risks are lower than Colombia or Costa Rica.  During the rainy season there are mudslides, road closures and flooding.

Crime and Safety in Portugal 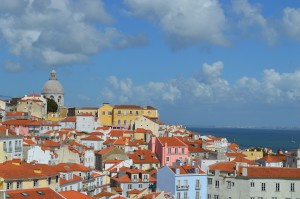 The overall crime rating for Portugal is medium according to the OSCA.  You can download the full 2015 report here. Portugal is a developed nation with a stable democracy and a modern economy.  Portugal, like many European nations is emerging from several years of economic crisis. Criminal incidents occur with less frequency in the Azores and Madeira than in mainland Portugal.  Portugal has a low rate of violent crime but low-level street crime is common, particularly in major cities and tourist locations.

Highways are exceptional and secondary roads are of good quality.  Traffic enforcement is limited and  people drive exceptionally fast and violate traffic codes.  Almost all highways are toll highways and require an electronic device on your car to pay for tolls.  Drive with your windows up and doors locked.  Store valuables and merchandise out of site and park in well-lit areas.

Taxies are reliable but ask the driver to use the meter.  Always use a taxi from the queue or kiosk.  Taxies in the Azores do not have meters.

While Portugal has been largely free of major terrorist incidents, it maintains open borders and there is a possibility of terrorists to enter and exit with anonymity.  Portugal does maintain an effective anti-terrorism effort and a welcoming environment for tourism and business.  Police approval is required for all public demonstrations and police are present to ensure adequate security for participants and passers-by. Even peaceful demonstrations may become violent so you should avoid them if possible.  Portugal is a multi-ethnic/religious country and generally a harmonious relationship exists between all groups.  Occasionally, in depressed neighborhoods, inter-ethnic disputes may occur but are more likely to arise from socioeconomic pressures rather than ethnic conflict.

Earthquakes occur both on land and in Portugal’s territorial waters. Mainland Portugal and its outlying islands are prone to occasional storms that can create flash floods.  Fires in northern Portugal can occur with little warning. 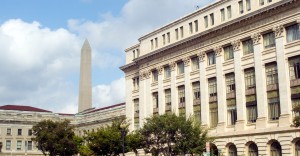 Information on safety for different locales is readily available with our wonderful internet access. I highly recommend that you make a stop by OSCA before you book your flight.  That way you can access factual information and make your travel decisions from there.  Don’t forget to stop by my review on travel insurance to make sure you are protecting yourself from inadvertent losses.

Please leave comments to help all of us intrepid travelers along our merry way.