Retirement: It’s nice to get out of the rat race, but you have to learn to get along with less cheese. ~Gene Perret 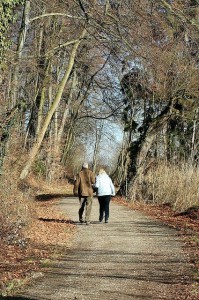 The R Word.  I just read that close to 10,000 boomers will turn 65 everyday for the next 7 years. The Census Bureau projects that the age 65 and older population will grow over 50% between 2015 and 2030. Now that’s a lot of people. Historically, that meant that all those people would be leaving the realm of employed and heading for the front porch – or some other retirement option. These days, that scenario is much less likely to occur. A report on the Economic Well-Being of U.S. Households in 20141 published that more than half of those of us over 45 had given almost no thought to financial planning for retirement. Of the people who had given some thought to retirement, only 22% expected to have a traditional retirement.

In August of 2015, 42,752,000 people were receiving retirement benefits. The average monthly benefit was $1,269.02. 2 Even among those who have retirement savings the median savings for households with members aged 55 and older is $109,000. That is the equivalent of an inflation-protected annuity of $405 a month.3 In 2014, the threshold income for people aged 65 or more in the top one quarter of the population was $45,259.4 I don’ know about you but that will not support the quality of life that I plan on living.

So how much will I really need to retire? In 1994, financial planner Bill Bengen asserted that you need to have enough saved to be able to meet your annual expenses in a year by withdrawing 4% of your nest egg. This is known as the “4 percent rule” and has pretty much stood the test of time. So, if I want $40,000 in year 1 of my retirement, I need $1 million saved. OOPS!

It is clear to me that I will need ways to supplement my income as I approach the next third of my life. My plan is to spend the next 6 months identifying the best ways to create the passive income I need. You are welcome to come on along.